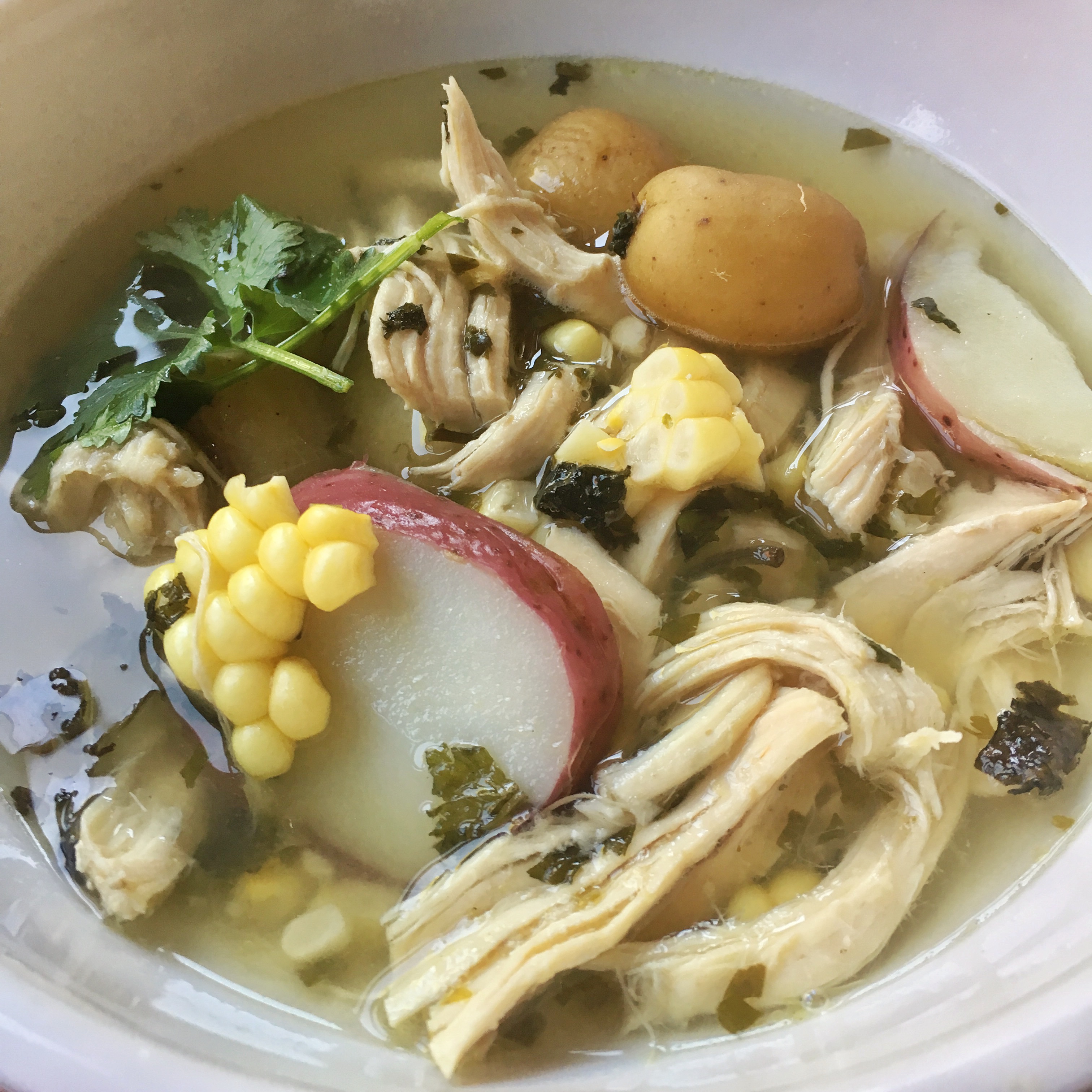 For the past couple of weeks I’ve been feeling low. Much of it is the duress of our times, but there’s also a genetic component to my brain chemistry that means occasionally a blue period sweeps in like a dark cloud. When it does, I have to batten down the hatches and just get through it. It fucking sucks. It’s especially challenging to keep my head above water so I can remain reasonably connected to my children and husband and not freak everyone out. I am so deeply grateful that it doesn’t happen very often and I feel for anyone who faces these battles on a regular basis. Though I cook all the time as this blog attests, these past weeks I have doubled down and am cooking my ass off as a form of therapy and I highly recommend it to those out there afflicted by a similar fate who also love to cook. I’ve done more actual cooking and less posting because it is the cooking itself that provides the relief. 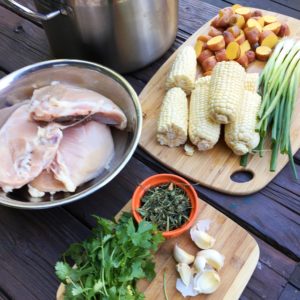 Feeding and caring for other people, managing to live up to my obligations, and doing something I love is a mighty concoction against despair. The struggle to see things clearly is still there but cooking grounds me and gives me some kind of direction to cling to that helps the days pass until the clouds lift. Making this soup was as good as months of therapy and a lot cheaper. It is chicken soup after all.

But the making of this soup has a longer history than my effort to push away the darkness. Many years ago, Nick shot a doc directed by Bess Kargman called “First Position’ about a bunch of young ballet hopefuls at the International Student Ballet Competition. In the film, a young Colombian dancer, Joan Sebastian Zamora, is living on his own in New York City but returns to his family in Colombia after many years away. (This part of the film was shot beautifully by the very talented Andy Schocken) Oh the tears and joy, the long embraces from his mother, father and siblings to have him home again was just so moving. To celebrate the occasion, his mother was cooking his favorite chicken soup in a huge pot over a make-shift brick fire. 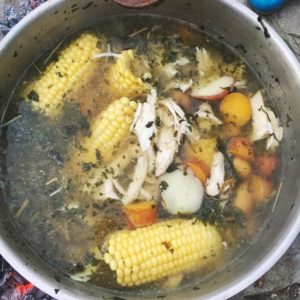 Along with the emotional reunion, Nick and I never forgot the lasting impression of the soup cooking over the fire, a mother’s love summed up in one dish, and the look on the dancer’s face when he took his first spoonful. We wanted to eat that soup and by extension revel in the comfort of being loved so deeply.

So, when a Colombian friend, Jorge Aguirre, recently posted this chicken soup recipe on Facebook, it was game on. (Check out Jorge’s awesome kids graphic novels The Chronicles of Claudette) The recipe does not call for cooking over a live fire but we decided to go OG and try it. And as if by magic, our neighbors, who hail from Oaxaca, were having a family gathering complete with guitar playing and the whole family singing Mexican folk songs. Nick, my father-in-law and I sat listening, sipping scotch and occasionally adjusting the fire while the kids finished up their homework nearby. It was dreamy and in the end the soup was everything I hoped it would be. A gastronomical refuge from the storm. 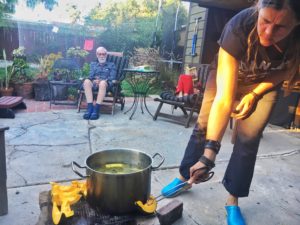 I’ve kept the instructions below for the stovetop since most people won’t do the live fire version. If you want to do it over the fire, you need enough room under the cooking grate to move coals under and away from the pot as needed. To bring the pot to boil, you’ll want more coals and more direct heat, to reduce the temperature and simmer you’ll want to have less coals directly under the pot and more indirect heat. It takes 15-20 minutes to bring the pot to boil but otherwise all the timing below applies.

I’ve adapted the recipe to compensate for making such a large quantity. I highly recommend making this in a large batch for a big gathering or make it for the fam and freeze leftovers.

You can buy guascas on Amazon but if you can’t get it the soup is still delicious without it. The recipe also calls for Andean potatoes (papas criollos) which I didn’t have and it was still amazing but try them if you can find them.  The cream and capers are served on the side at the end but we loved the soup so much as it was that we didn’t end up using them.

4 ears fresh corn, cut in half

Place the chicken, water, stock, corn, salt, pepper, green onions, garlic and cilantro in a large stock pot, Bring to a boil then lower the heat to a simmer and cook for about 30-35  minutes until chicken is cooked through. Remove the chicken and set aside to cool.

Remove the chicken from the bones and shred. Add back into the soup until warmed through. Serve with a half corn cob in each bowl and cream and capers on the side. (We loved it without these additions, too) To store the leftovers, I cut the corn kernels from the cob and added them directly to the soup (as pictured above)