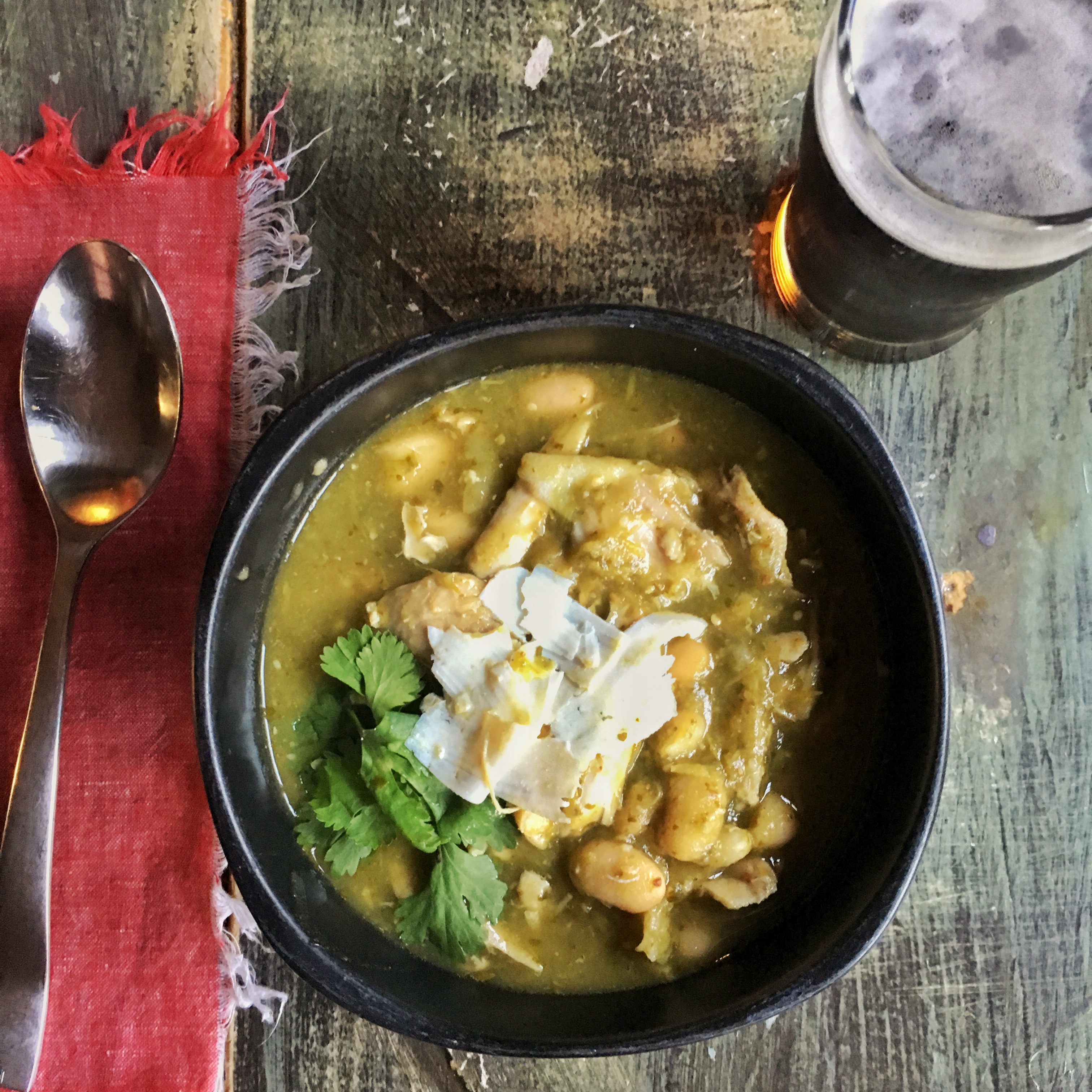 Oh, Serious Eats. How I love you so. I have a major food crush on J. Kenji Lopez-Alt because a) he challenges assumptions and gets to the heart of how flavor is created thereby making you a better cook, b) his writing style in Food Lab iswelcoming and funny, and c) he’s so damn enthusiastic about what he’s doing and thinking about. This recipe came to me from the Serious Eats blog by way of my friend Marqui who is an excellent cook and a great curator of must try recipes. She adapted it by adding the beans which is totally the right move. I adapted it by adding roasted corn and upping the fish sauce (although I’m sure Marqui did this as well since we are on the same page about the miracle that is fish sauce.) The sauce in this chili is very similar to a green enchilada sauce so next time I make it I am going to separate the chicken and sauce at the end and use them to make chicken enchiladas.

Oh, and the pressure cooker! I would not have believed you could get such a rich flavor in chili that hadn’t been sitting on the stove for hours slowly bubbling away. But leave it to Kenji to figure that out. This was rich and lovely after only 15 minutes under pressure.

3 pounds bone-in skin-on chicken thighs and drumsticks (I used drumsticks and skinless, boneless thighs because they are easier to find and it worked just fine)

1 pound poblano peppers, roughly chopped, seeds and stems discarded (about 3 peppers) NOTE: Many supermarkets mislabel poblanos as pasillas. If they are dark green with a pointy end, they are poblanos.

1-3 tablespoons Asian fish sauce, adding 1 at a time, tasting as you go

2 ears of corn, roasted over a gas stove top (or use 1 cup of frozen corn if that’s easier)

Place the chicken, tomatillos, all the peppers, onion, garlic, cumin, and a teaspoon of salt in a pressure cooker. Heat over high heat until gently sizzling, then seal pressure cooker, bring to high pressure, and cook for 15 minutes. Release pressure.

Remove the chicken pieces to a bowl until cool enough to handle. Add cilantro and 1 tablespoon of fish sauce to remaining contents of pressure cooker. Blend with a hand blender. Taste and add more fish sauce as needed to balance the tanginess of the sauce. (You can also add salt to correct the seasoning but I prefer doing this with the fish sauce.)

Remove skin and bones from the chicken and shred. Slice the kernels off the roasted ears of corn. Add chicken, beans and corn to the sauce and gently reheat.