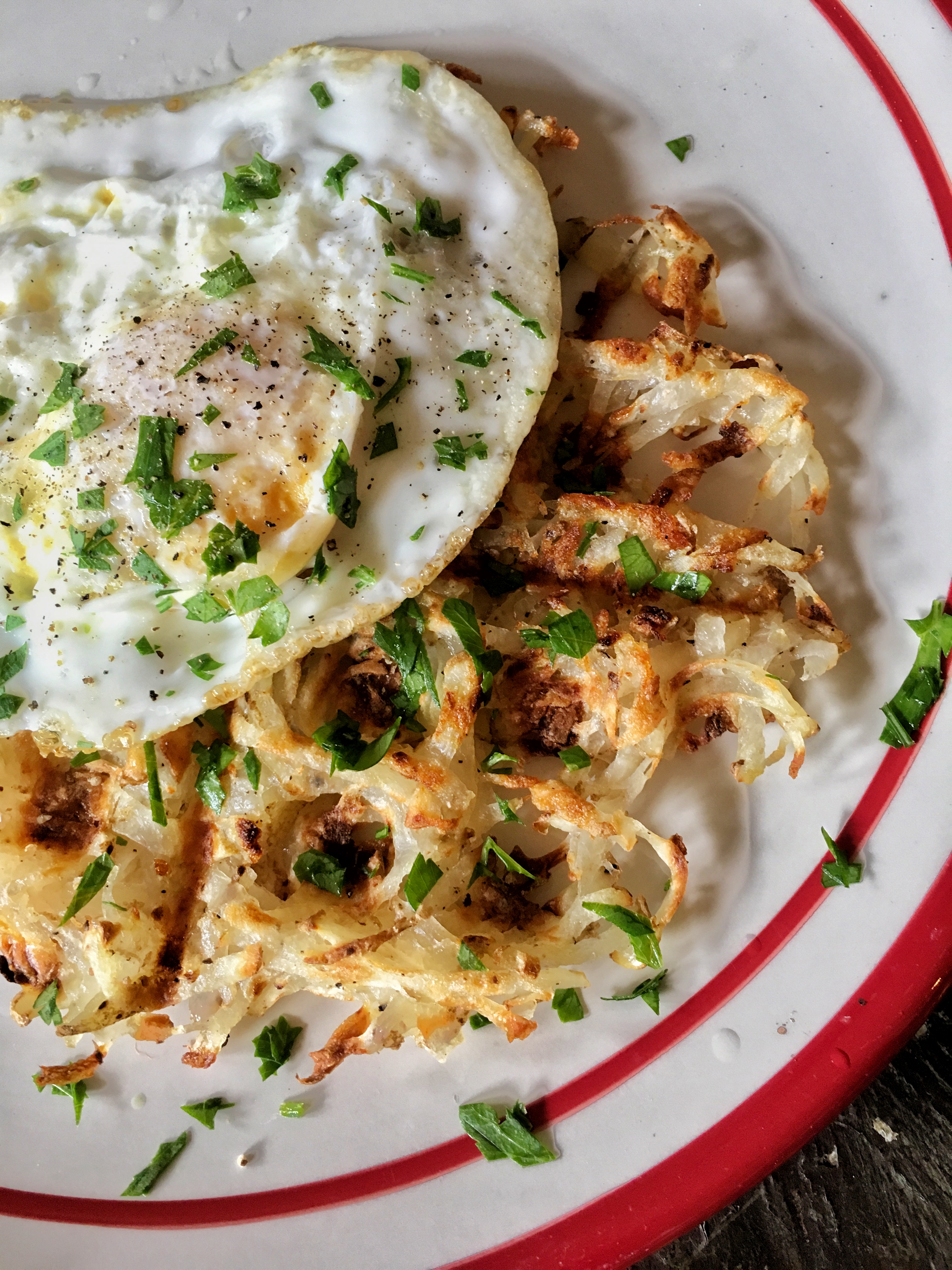 After making Vanilla Bean Brown Butter Waffles for the first time, I went to bed dreaming of other ways to use my new best friend, the waffle iron. Went down the rabbit hole of internet searches and settled on this oh so simple and yet divine waffled hash brown. I love nothing better than an over easy egg on some form of crisp potato and this delivers in spades. I love it. Nick usually does a semi-traditional British breakfast on Sundays and we tucked this in. Creamy egg yolk mixed with potato, roasted tomatoes and pan fried mushrooms. It’s a California Nouvelle British Breakfast now. More a method than a recipe, here’s rough proportions for a 7 inch round waffle maker. This serves 2 but I could pack away one myself if no one was looking.

3 ozs. grated onion (I used yellow but I’m sure any variety would work)

Combine grated onion and potato in a bowl. Transfer to a triple layer of paper towels or clean dish towel. Squeeze out as much liquid as you can. Do this over the sink as it gets messy. Return mixture to the bowl. Add a few grindings of pepper and a pinch of salt. Stir to combine. Heat waffle maker to medium high. Layer potato mixture into waffle iron in an even layer. The layer is pretty thick so on my waffle maker I had to apply pressure for the first 30 seconds or so to compress the potatoes and get the waffle iron fully closed. Cook for 10-15 minutes depending on your machine. Serve with a poached or over easy egg, sautéed vegetables, sour cream, cheese, whatever floats your boat.